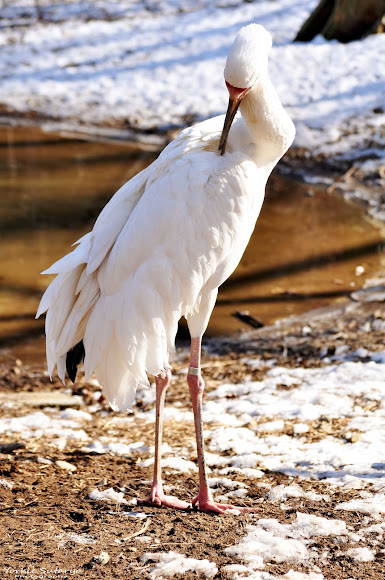 The Siberian crane is the third most endangered crane species in the world. This bird has characteristics that are distinct: white plumage, red mask with red serrated bill used to feed itself on underground roots and slippery preys.

The Siberian crane uses wetlands for feeding, nesting and roosting, preferring wide areas of shallow fresh water with good visibility. The breeding grounds of the eastern population are situated on tundra and sedge dominated wetlands. The central population breeds in sphagnum bogs and marshy areas and overwinters in artificial water bodies that hold monsoon rainwater