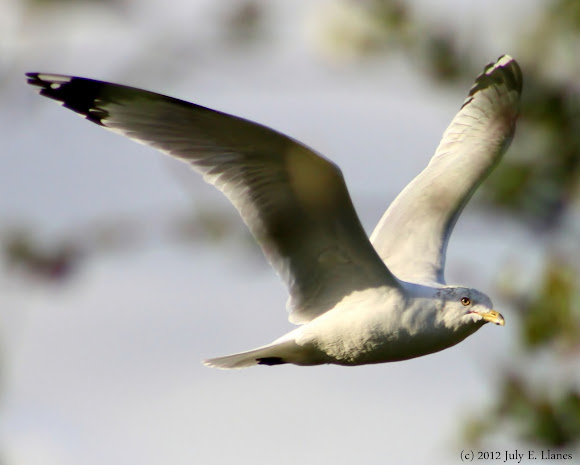 " The American Herring Gull or Smithsonian Gull (Larus smithsonianus) is a large gull which breeds in North America. It is often treated as a subspecies of the European Herring Gull (L. argentatus) but is now regarded as a separate species by some authorities. Adults are white with gray back and wings, black wingtips with white spots, and pink legs. Immature birds are gray-brown and are darker and more uniform than European Herring Gulls with a dark tail."

"It occurs in a variety of habitats including coasts, lakes, rivers and garbage dumps. Its broad diet includes invertebrates, fish and many other items. It usually nests near water, laying around three eggs in a scrape on the ground."

Thanks Karen, and LOL, I was and so was my 4 year old, but they missed. lol

Nice series! I hope you weren't in the 'firing line'!