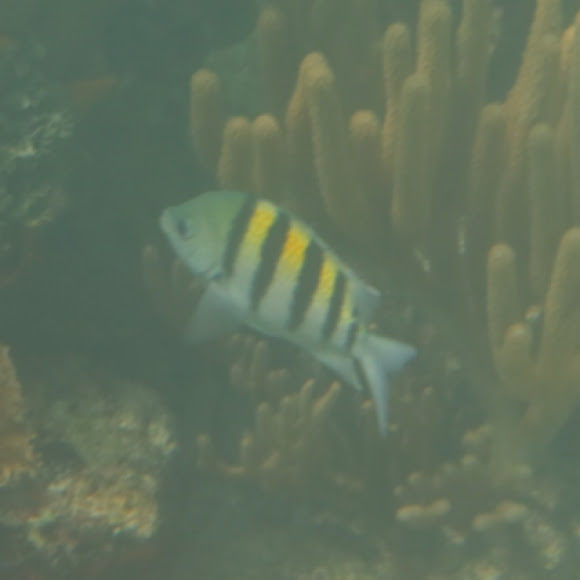 Sergeant majors have a flattened body that can be up to 9 inches (23 cm) long. Inside their tiny mouths are pointy little teeth. This fish is called a sergeant major because of its five vertical black bars on its sides. The last bar is found on the caudal peduncleor area connecting the tail to the body. During mating season, the adult males change almost completely to dark blue, making it hard to see the black bars. Sergeant majors have a large eye and a very small mouth.

Depending on its surroundings, the sergeant major slightly changes its coloration to camouflage itself. Over sand flats, this fish’s main coloring becomes muted. Over dark areas, this fish changes almost entirely to black, making the bars invisible.