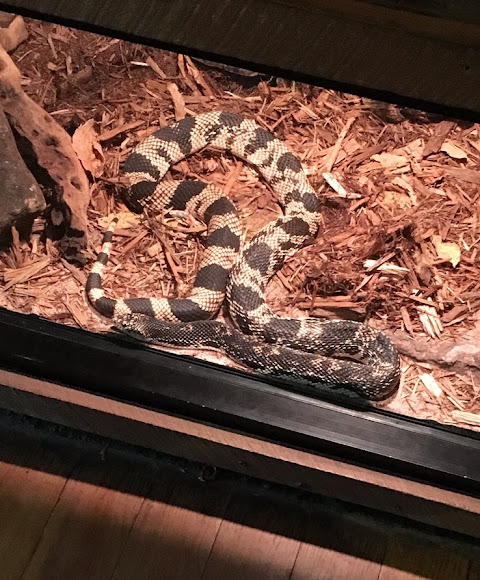 Snakes can live about anywhere, but they do need warm temperatures. Snakes are cold blooded, so they lack the ability to regulate there temperatures. Snakes can go into a hibernation state, when there isn't food, and when the temperature is just too cool for them, to be able to survive. They enjoy the air that is cool, because they do have such a dry body. However, they are known to live in deserts and other warm places. Many snakes live in the trees, where they are able to find enough food, from the various types of animals, that live in trees. Some species of snakes, live in the mountain terrain. Some snakes live on the ground, and will create underground tunnels. There are certain species too, that live in the water. Many of the snakes that live around swamp lands, will utilize the water as well. There are areas that have high populations of snakes, such as close to farms. Etc.

It's a pine snake, don't know which species