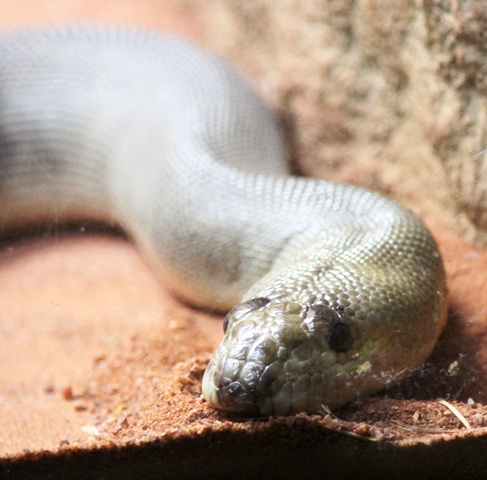 The woma is an endangered Central Australian snake. This one is in Adelaide Zoo - according to Wikipedia, the zoo is coordinating a captive breeding program for the species, and the offspring raised are being released back into the Arid Recovery Reserve near Roxby Downs in northern South Australia.