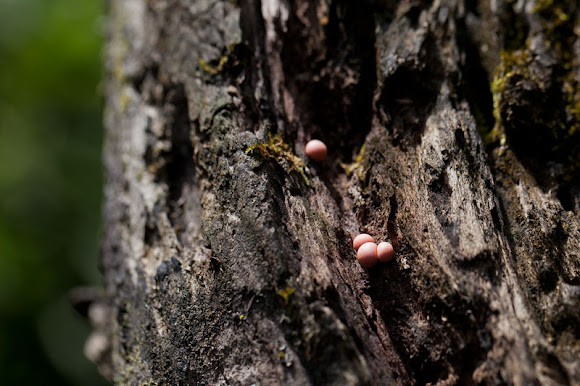 It is a cosmopolitan species of plasmodial slime mould which is often mistaken for a fungus. The compressed fruitbodies of Lycogala epidendrum are at first pinkish-gray to bright cinnabar-red when young. They are inedible.

Found in a unknown tree in the zoo.

Thank you very much, Alex! This is my first identified fungi spotting :)

would you like to add this nice specimen of a slime mold/myxomycete ( http://en.wikipedia.org/wiki/Slime_mold ) to the mission :
Slime Moulds of the World ( http://www.projectnoah.org/missions/8322... )