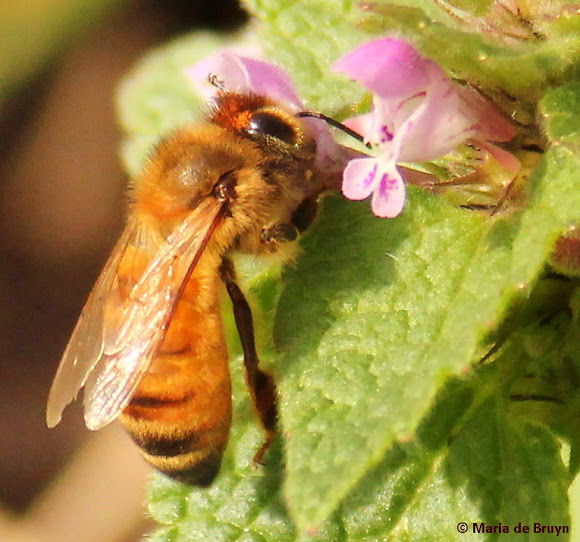 Honey bees have bright colors to warn potential predators that they have a weapon to defend themselves: a modified ovipositor (egg-laying tube) combined with a venom gland to create a stinger located at the end of the abdomen. Because the stinger is modified from a structure found only in females, male bees cannot sting. When the hive is threatened, honeybees will swarm out and attack with their stingers to drive the enemy away. Contrary to popular belief, a bee will not always die soon after stinging: this is a misconception based on the fact that a bee will usually die after stinging a human or other mammal. Honey bees refine and concentrate nectar to make honey so they will have food when flower nectar is unavailable. They remain active throughout the winter, consuming and metabolizing honey in order to keep from freezing to death.

The honey bee is native to Europe, Asia, and Africa. It was introduced to North America in the early 1600s.

Gracias! I wasn't expecting to see a honey bee in February (winter here) even if it was a beautiful mild day today.