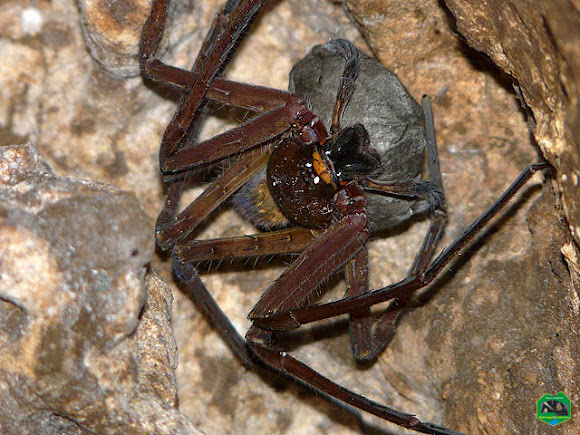 This mom maybe the same as this molt: http://www.projectnoah.org/spottings/934...

Thanks ya'al for the comments, esp. to martinl for the family & common names.

Nice shot ave spiders can refer to several different creatures and this one is a true spider; Family = sparassidae, sometimes called crab spiders or huntsman spiders.

Wow that is simply gorgeous!!!!!

Thanks again KarenL, it's been added to Brooding & Eggs missions...

Not that I am aware of, but we prefer that images are not cropped to the extent that they appear heavily pixelated.
I've just realized the typo in my previous comment - it should read the Brooding Behavior in Insects & other Arthropods mission!

TY KarenL, it has been added... Is there a recommended size for photos?

Nice shot! You might like to also add this to the International Spider Survey & Brooking Behavior in Arthropods missions.
Welcome to Project Noah!