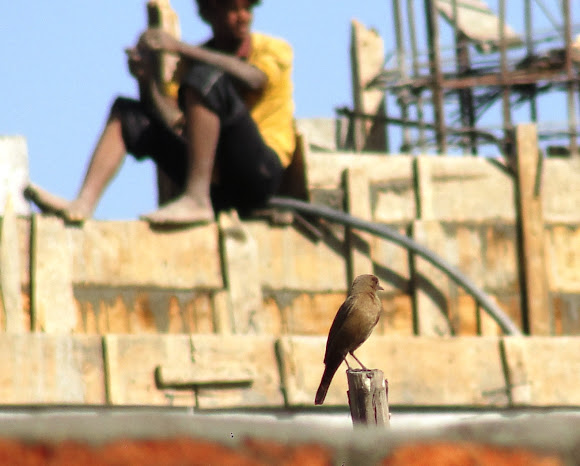 The species is nearly endemic to India, distributed north of the Narmada, west to Gujarat (mainly Kutch but extending south) and east to Bengal bordered on the north by the Himalayas where it is found only until about 1300 m in the foothills. Its distribution extends into northern Pakistan where it is restricted east of the Chenab River. Although largely resident, some populations make movements in response to weather. In the foothills of the Himalayas it moves higher up in summer, appear in Dehra Dun in spring and leaving before the onset of winter. The species has been seen in Nepal. It is a common species although very patchily distributed.