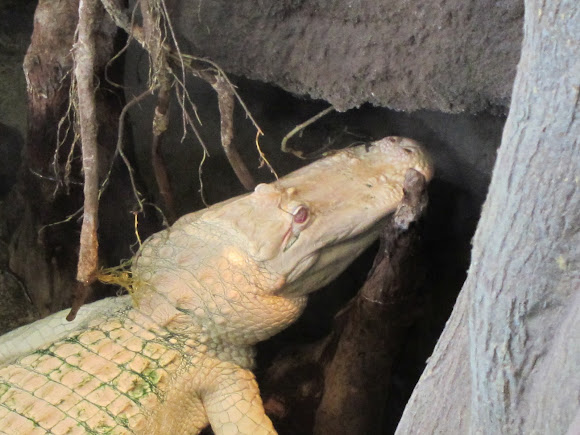 An alligator is a crocodilian in the genus Alligator of the family Alligatoridae. There are two living alligator species: the American alligator (Alligator mississippiensis) and the Chinese alligator (Alligator sinensis). In addition, several extinct species of alligator are known from fossil remains. Alligators first appeared during the Oligocene epoch about 37 million years ago. The name alligator is an anglicized form of el lagarto, the Spanish term for "lizard", which early Spanish explorers and settlers in Florida called the alligator. Wikipedia

Tulip the bear 8 years ago

Needs a good bath some how. Look at that green on its back