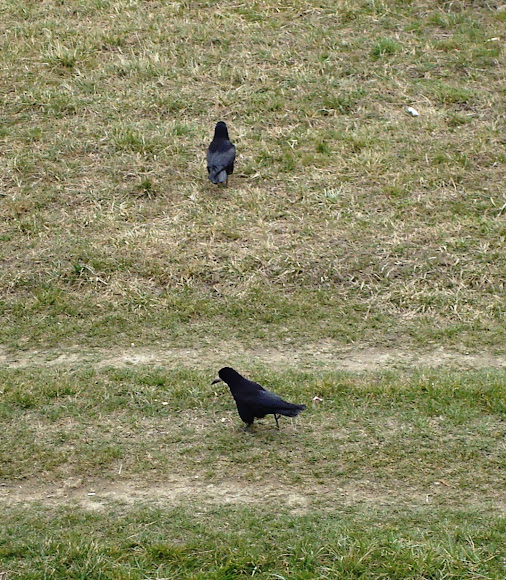 This species is similar in size (45–47 cm in length) to or slightly smaller than the Carrion Crow with black feathers often showing a blue or bluish-purple sheen in bright sunlight. The feathers on the head, neck and shoulders are particularly dense and silky. The legs and feet are generally black and the bill grey-black.

Though resident in Great Britain, Ireland and much of north and central Europe, vagrant to Iceland and northern Scandinavia, it also occurs as an eastern race in Asia where it differs in being very slightly smaller and more efficient on average, and having a somewhat more fully feathered face. In the north of its range the species has a tendency to move south during autumn though more southern populations are apt to range sporadically also.