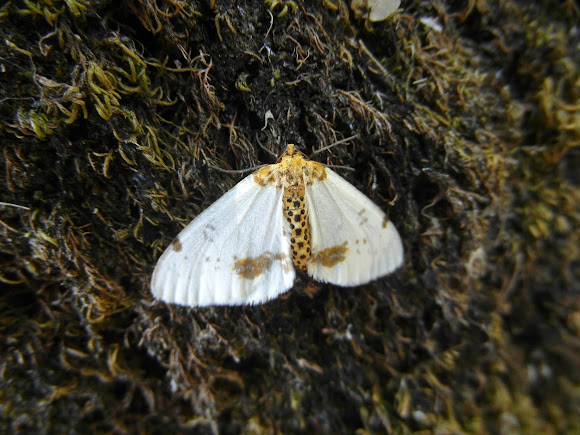 It is found in the Mediterranean and is common in Portugal and Spain. It is also known from the United Kingdom, Ireland, Croatia, Armenia and Georgia south-eastern Russia and Turkey. The larvae feed on the leaves of Fraxinus excelsior and are considered a pest. The newly hatched caterpillars mostly feed on the lower epidermis and parenchyma tissue, leaving a network of veins. As the caterpillars grow, the size of these grooves increases. Infested leaves usually dry and turn brownish in time. The damage caused can be significant and some trees may be completely defoliated. There are five instars.