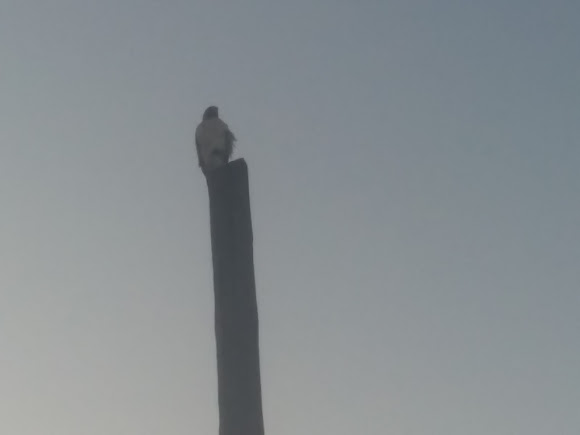 A spotting of a red tailed hawk who appears to be molting. Possibly female, given the size. The red tailed hawk is easily recognizable as one of North America's most prominent raptors. It's is hardy and adaptable to many environments from deserts to urban areas.The red tailed hawk has fourteen recognized species, the Harlan's hawk among them, which is sometimes considered a distinct species. Red tails are protected by the Migratory Bird Treaty Act. The red tailed hawk's shrill raspy scream is used for every bird of prey in film. It's a badass.