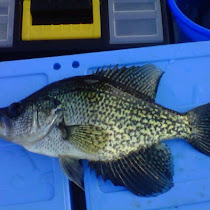 Scales and Slime of the Southeast

Please submit any sightings of reptiles, amphibians, or fish seen in the Southeastern region of the United States. Please include as much information as you can! Sign in to join mission

This mission is devoted to any and all reptile, amphibian, and fish sightings anywhere in the Southeastern United States! The Southeast is the center of amphibian and reptile diversity in the United States. The region has the largest salamander diversity in the world and many unique reptile species, such as the Alligator Snapping Turtle and the American crocodile. The region is experiencing unprecedented population growth, and the associated habitat destruction has put immense pressure on species ranging from Flatwoods Salamanders to Gopher Tortoises. The Southeast is also home to some of the best sport fishing in the world in both fresh and saltwater.The Southeast contains the most diverse temperate aquatic fauna in North America, with 200 endemic fish species. However, despite the fact that the Southeast has the highest diversity of aquatic dependent species, rapidly growing human communities rely on the same rivers, streams, and aquifers that support this aquatic diversity. It is important that we raise awareness about these animals by documenting them in sightings.