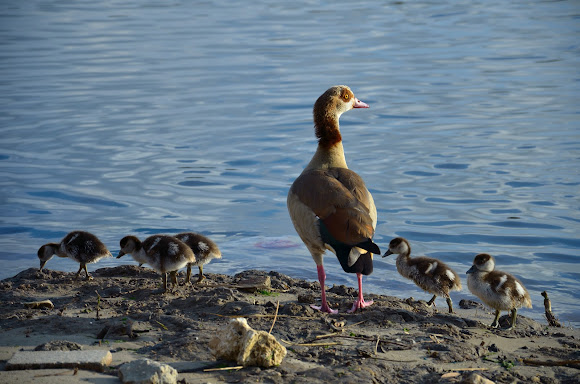 The sexes of this striking species are identical in plumage, though the males average slightly larger. There is a fair amount of variation in plumage tone, with some birds greyer and others browner, but this is not sex or age related. A large part of the wings of mature birds is white, but in repose the white is hidden by the wing coverts.

This is a largely terrestrial species, which will also perch readily on trees and buildings.

Thanks for sharing details.. shots are very fine.. Keep it up.. :)

Fantastic family...
Like to know which camera and lens used...