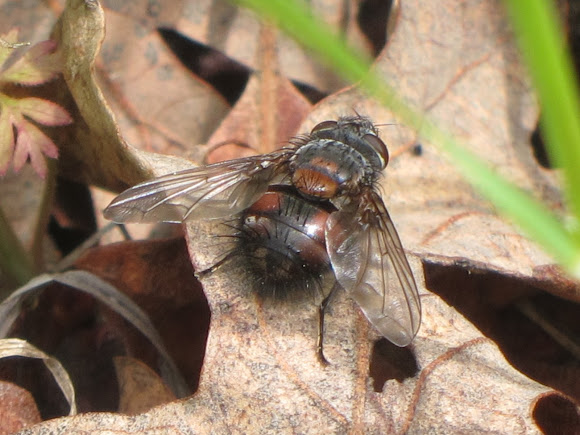 This Tachinid Fly (Peleteria sp) had a large round abdomen. I thought it was a bee at first.

Tachinidae is a large and rather variable family of true flies within the insect order Diptera, with more than 8,200 known species and many more to be discovered. There are over 1300 species in North America. Insects in this family are commonly called tachina flies or simply tachinids. As far as is known, they all are Protelean parasitoids, or occasionally parasites, of Arthropoda. Wikipedia

Thank you for the ID Small Wonders--I think you are right.

Great spot misako! I love these flies... Possibly Peleteria, these are common in your area :)