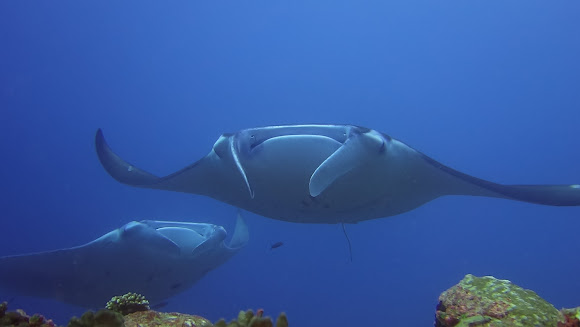 Manta Rays can be reliably seen in certain dive sites or location, where there are 'cleaning stations'. The Manta Rays comes and goes during the day to get themselves cleaned by cleaner wrasses. The cleaner fishes, mostly Wrasses can be seen in Pic #3

Beautiful spotting and great in formation, AlbertKang.
Thank you for sharing.