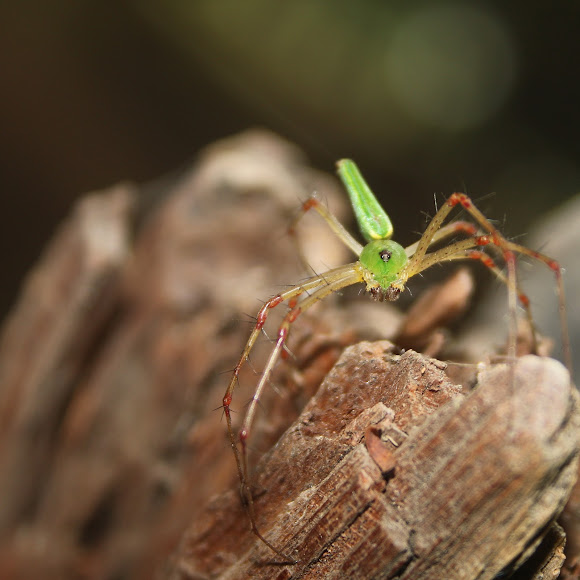 Spotted this beautiful Lynx spider "Ballooning"(1st picture).The spider climbs to a high point, stands on its toes and points its abdomen to the sky, releasing fine silk threads from its spinnerettes until lift off occurs. Journeys achieved vary from a few metres to hundreds of kilometres.Usually spiderlings are observed Ballooning.

Most ballooning journeys end after just a few meters of travel, although depending on the spider's mass and posture,a spider might be taken up into a jet stream. The trajectory further depends on the convection air currents and the drag of the silk and parachute to float and travel high up into the upper atmosphere. Many sailors have reported spiders being caught in their ship's sails, over 1,600 kilometres (990 mi) from land (Heimer 1988). They have even been detected in atmospheric data balloons collecting air samples at slightly less than 5 kilometres (16,000 ft) above sea level.Evidently, it is the most common way for spiders to invade isolated islands and mountaintops.Spiderlings are known to survive without food while travelling in air currents of jet streams for 25 days or longer.