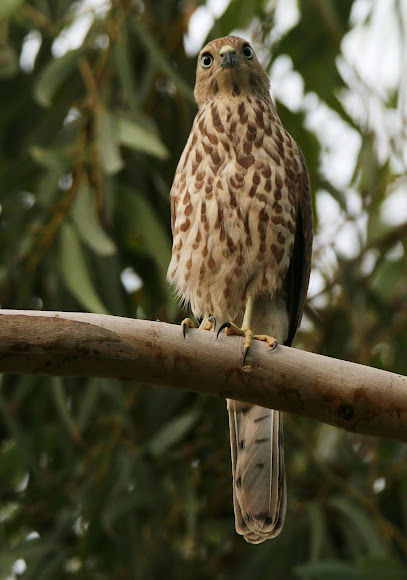 Backyard visitor...The shikra is a small bird of prey in the family Accipitridae found widely distributed in Asia and Africa where it is also called the little banded goshawk. The African forms may represent a separate species but have usually been considered as subspecies of the shikra. The shikra is very similar in appearance to other sparrowhawk species including the Chinese goshawk and Eurasian sparrowhawk. They have a sharp two note call and have the typical flap and glide flight. Their calls are imitated by drongos and the common hawk-cuckoo resembles it in plumage.