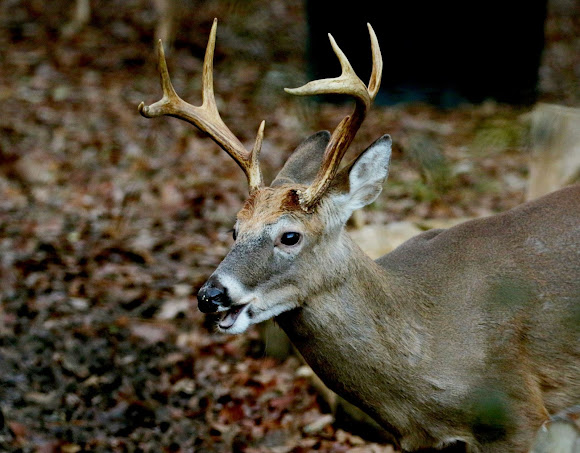 The male white-tailed deer often challenge one another during mating season by jousting. In this case, the first one pictured in the series is the largest male in our neighborhood. He had hurt his left front leg and was limping but nevertheless engaged in a bit of jousting with another visiting buck. They did this very gently, however, obviously not trying to hurt one another, which was fortunate because those antlers got very close to eyes! They engaged for a little while and then amiably separated and ambled away.

Urban neighborhood where the deer have been losing territory as more and more woods are decimated for urban development despite local townspeople advocating for areas to be left undisturbed.

The does in the neighborhood seem to have been practicing some natural birth control, having produced about 4-5 male offspring and only one female fawn the last couple years. It will be interesting to see how many female fawns appear next year.