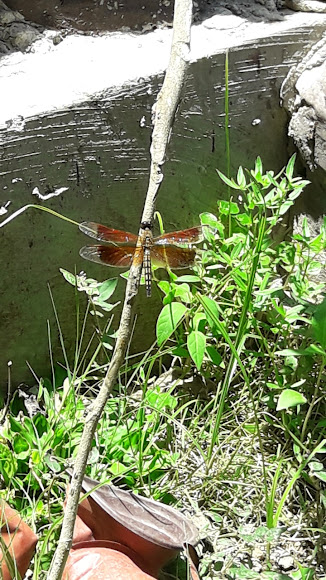 Neurothemis fulvia - is a dragonfly of wet forests, usually perches on fallen logs and shrubs. A large number of them can be found together in canopy gaps and forest edges. It breeds in marshes associated with forest streams, marshes and ponds.

This is a female Neurothemis fulvia commonly known as fulvous forest skimmer. Photo was taken at my backyard. she's a regular visitor that loves to perch on a baby Lansium parasiticum commonly known as lanzones tree near the pond at around 9 am. They are extremely sensitive