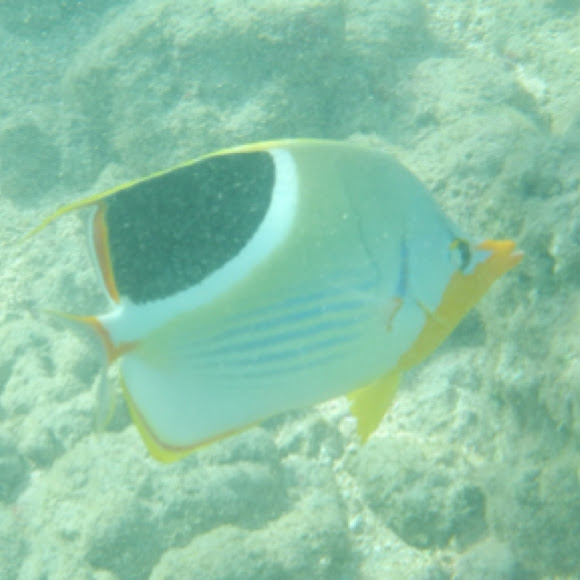 The Saddleback Butterflyfish, also known as the Saddled Butterflyfish or Saddle Butterflyfish, has a large black "saddle" with a white border on the rear upper corner of the body and dorsal fin. Orange coloration is found on the lower half of its face as well as outlining the black tail. The base color is gray with several blue-gray stripes on the lower body.