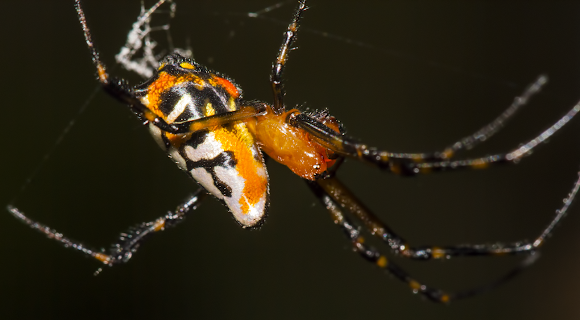 This species is separated from other Leucauge spiders in Singapore by its pear-shaped abdomen and its unique fourth leg (right). In addition to the two rows of curved hairs (characteristic of Leucauge), this leg also has a thick brush of spines which are not present in most other species of Leucauge. Members of the species Leucauge silvery or golden spots on the abdomen. -http://habitatnews.nus.edu.sg/guidebooks/spiders/text/Leucauge_fastigata.htm

spotted on a remote area in the city (Brgy. Conde Itaas, Batangas City) located on a mountain with a very few human residents.