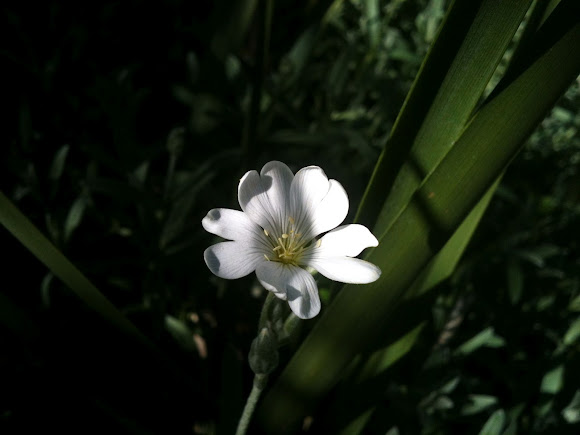 Although some species of Cerastium are considered weeds in some places, it can also be used as a ground cover. The small, hairy leaves have a silvery appearance and its has small, showy flowers as well. It is endemic to the temperate and arctic zones of Europe and North America. They bloom profusely in the early summer, and the flowers are a pristine white with little notches cut into them. But their name doesn't tell the whole story. Cerastium tomentosum is as admired for its delicate, wooly, silver leaves as for its flowers. Height 6"-12", width 12"-18". Spreads quickly by reseeding itself and producing runners.

Snow-in-summer is a native of the eastern United States. Performs well with full sun exposure but requires partial shade in the hottest of climates. Works well as a ground cover on hills or level ground, in rock gardens or in between stepping stones.