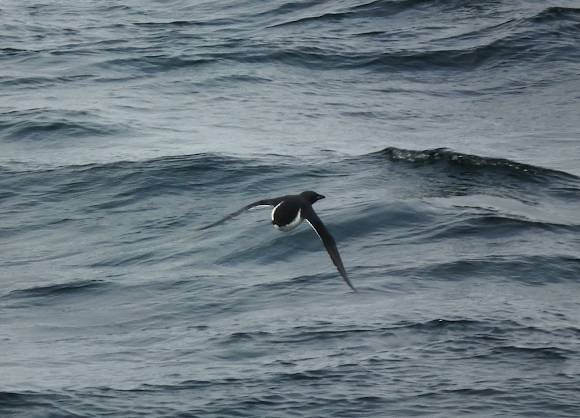 Also known as the thick-billed murre, can be distinguished from the very similar common guillemot by the white stripe running down the side of the bill (not overly clear in the pictures, but I can confirm I saw it). Often seen in tightly formed flocks of around 10 to 20 individuals, they beat their wings very rapidly and almost look like tiny penguins when they fly. Will stick quite close to the water's surface. On this particular morning, we were just outside the Greenland ice margin and a flock of these birds circled our ship as we stopped to take seawater samples.

I didn't see any of these birds in the sea ice (unlike the black guillemots), only out in open water.