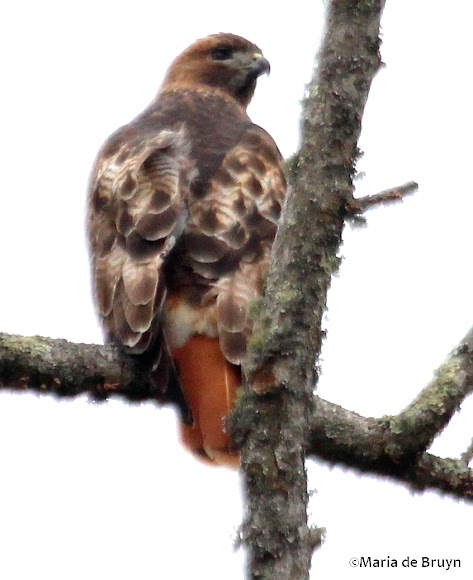 I had spotted a hawk at the start of a nature walk and then when I was leaving the reserve some hours later, I saw a hawk in the same area as before. I don't know if it was the same bird I had seen earlier, but this one gave me a view of its back.

See: http://www.projectnoah.org/spottings/122.... The sun had been shining when I saw the first hawk and it was cloudy and darkening as I took photos of the second one.

Thanks, Brenda. I've never gotten shots that showed the red tail so very clearly before this. They are beautiful raptors.

I really like that you can see the red tail in your photos. They are abundant around our country home but I've never found an opportunity to get shots as close as yours.