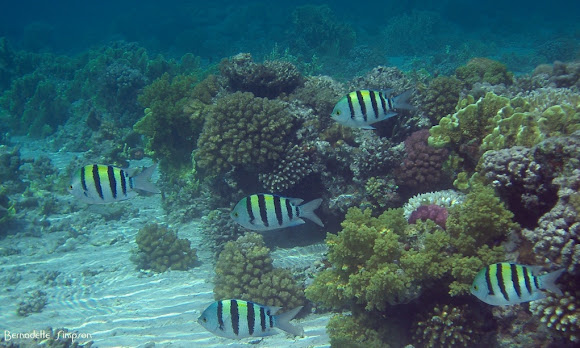 "a large, colourful damselfish. It earns its name from its brightly striped sides, which are reminiscent of the insignia of a military Sergeant Major. It grows to a length of about 15 cm. The fish feed upon the larvae of invertebrates, zooplankton, smaller fish, crustaceans and various species of algae. They are preyed upon by some members of the Labridae and Serranidae families. They lay their eggs in patches on a firm substrate and guard them vigorously until they hatch." ~ wiki