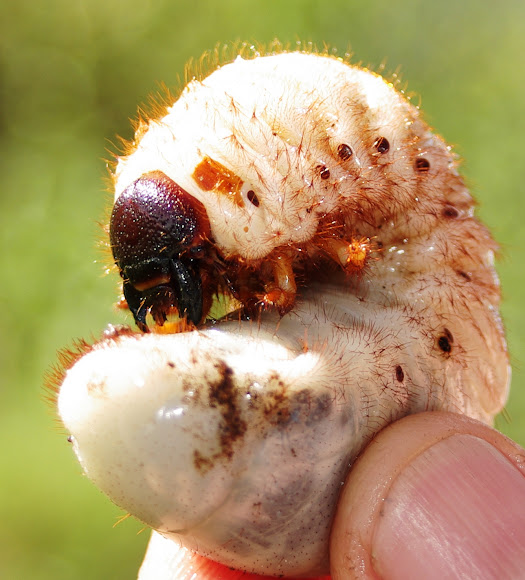 Found throughout Australia, spends time in soft ground especially under vegetation litter and emerges as an adult beetle.

This grub was quite large, unknown exactly which scarab beetle type it was from although the beetles that were located nearby included Christmas beetles and Golden Green Stag.

I think you are probably right Neil. Attractive in its own unique way don't you think?
Will adjust ID when I have better access to site.