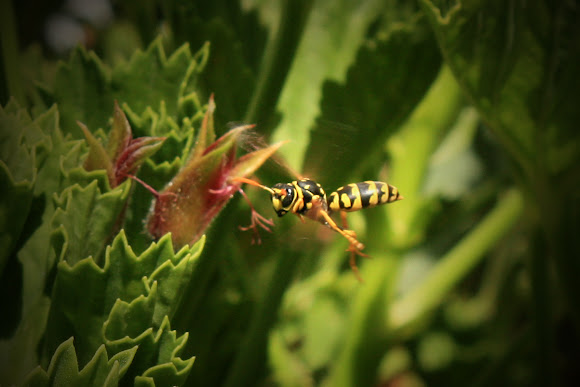 "The common wasp, Vespula vulgaris, is found in much of Eurasia and has been introduced to Australia and New Zealand. It is often said to occur in North America as well, in which case it is called the common yellowjacket, but a 2010 study argues that the North American populations are a separate species, Vespula alascensis. The common wasp is a eusocial vespid which builds its grey paper nest in or on a structure capable of supporting it. Underground, it often uses an abandoned mammal hole as a foundation for the site which is then enlarged by the workers. The foundress queen may also select a hollow tree, wall cavity or rock crevice for a nest site."