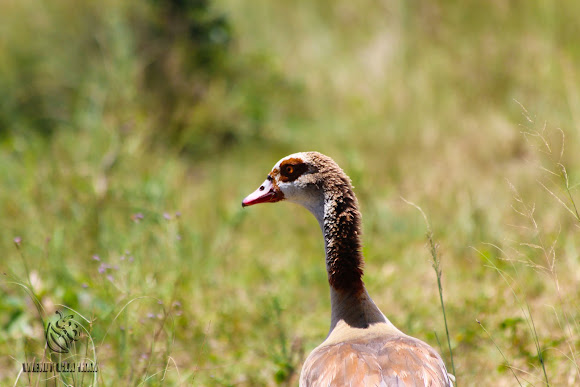 Egyptian Geese were considered sacred by the ancient Egyptians, and appeared in much of their artwork. They have been raised for food and extensively bred in parts of Africa since they were domesticated by the ancient Egyptians. Because of their popularity chiefly as ornamental bird, escapes are common and small feral populations have become established in Western Europe

This species breeds widely in Africa except in deserts and dense forests, and is locally abundant. They are found mostly in the Nile Valley and south of the Sahara. While not breeding, it disperses somewhat, sometimes making longer migrations northwards into arid regions of the Sahel. It has also been introduced elsewhere: Great Britain, the Netherlands, France, and Germany have self-sustaining populations which are mostly derived from escaped ornamental birds. Escapes have also bred on occasion in other places, such as Florida and New Zealand. The British population dates back to the 18th century, though only formally added to the British list in 1971. In Britain, it is found mainly in East Anglia, in parkland with lakes. It was officially declared a pest in the U.K. in 2009