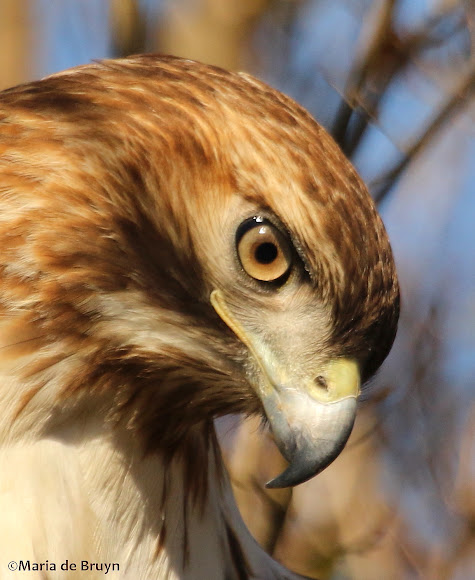 This hawk was quite focused on a rodent that it had tracked. Even though people passed by quite closely on a walking path, it did not let that disrupt its concentration and it eventually captured its prey.

The hawk's hunting technique is described in this blog: http://mybeautifulworldblog.com/2015/03/...

Thanks, James! I was quite pleased with these close-ups.

Amazing shots of face.....thank you Maria