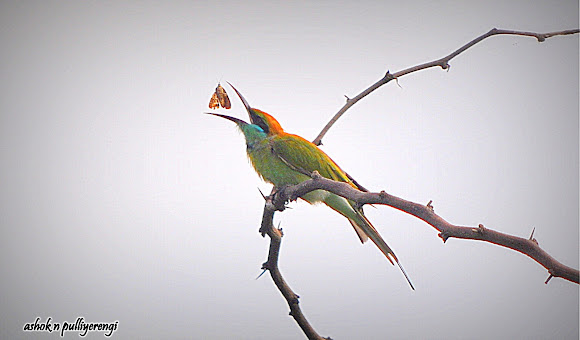 The bee-eaters are almost exclusively aerial hunters of insect prey.....Prey is approached directly or from behind. Prey that lands on the ground or on plants is usually not pursued. Small prey may be eaten on the wing, but larger prey are returned to the perch to be beaten against the perch to kill them and break them up. Insects with poisonous stings are first smacked on the branch, then, with the eyes closed, rubbed to discharge the venom....6am

Thank you friends for all your likes and comments .....AndresHernandez , i'm using Nikon d90 :)

great shots- the thorny perch adds to the drama...well done !

WOW!!!
SPECTACULAR!!!!
what kind of camara are you using?