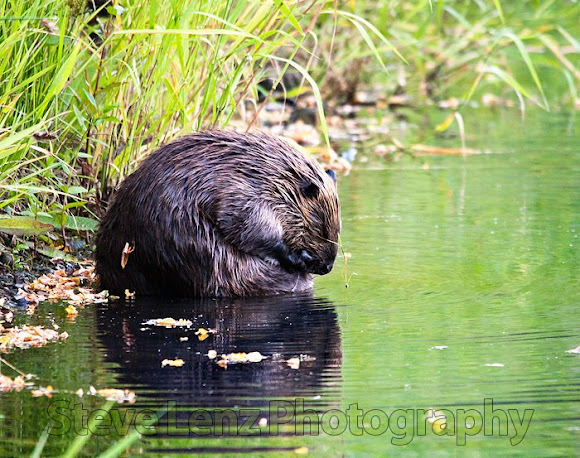 Beavers are known for their natural trait of building dams on rivers and streams, and building their homes (known as "lodges") in the resulting pond. Beavers also build canals to float build materials that are difficult to haul over land.[2] They use powerful front teeth to cut trees and other plants that they use both for building and for food. In the absence of existing ponds, beavers must construct dams before building their lodges. First they place vertical poles, then fill between the poles with a crisscross of horizontally placed branches. They fill in the gaps between the branches with a combination of weeds and mud until the dam impounds sufficient water to surround the lodge. (Wikipedia)

We learned a lot from nature, and it is said that we are the smart ones. Great shot.