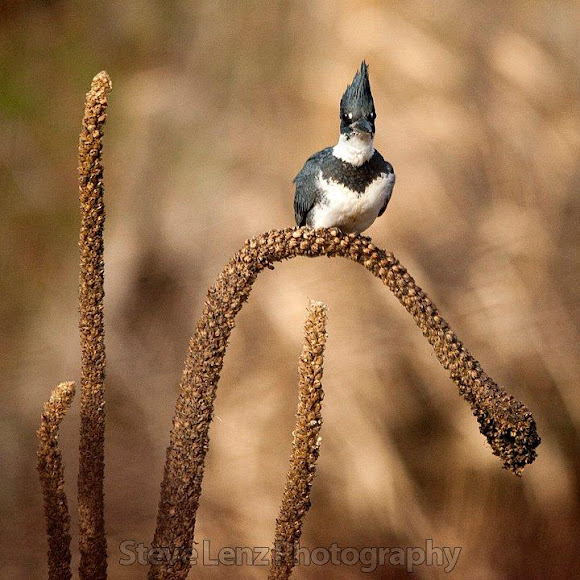 The Belted Kingfisher (Megaceryle alcyon) is a large, conspicuous water kingfisher, the only member of that group commonly found in the northern United States and Canada. It is depicted on the 1986 series Canadian $5 note. All kingfishers were formerly placed in one family, Alcedinidae, but recent research suggests that this should be divided into three. All six New World kingfishers, together with three Old World species, make up the new family Cerylidae. (Wikipedia)

Cool pictures! I love this contrasting blue against the brown plants and background. It's excellent!