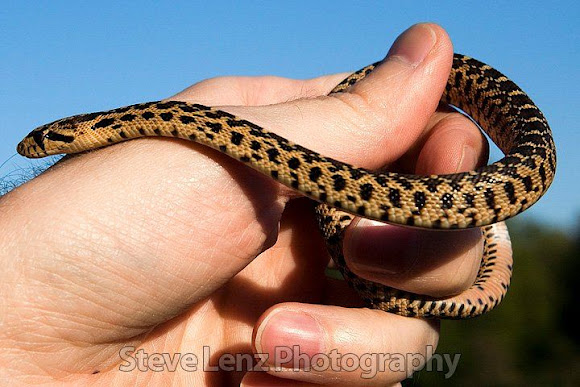 Juvenile Gopher Snake Gopher Snake (BullSnake) is a harmless colubrid species found in North America. Six subspecies are currently recognized, including the nominate subspecies described here.[2] The specific name catenifer is Latin for 'chain bearing', referring to the dorsal color pattern. This snake is found throughout Kansas, and is most common in the third region. This snake is often mistaken for a diamondback rattlesnake but can be easily distinguished from a rattlesnake by the lack of black and white banding on its tail, and the narrower head it has. (Wikipedia)

For those of you afraid of snakes: Note how I am gently holding it without controlling its head, and am not being bitten.