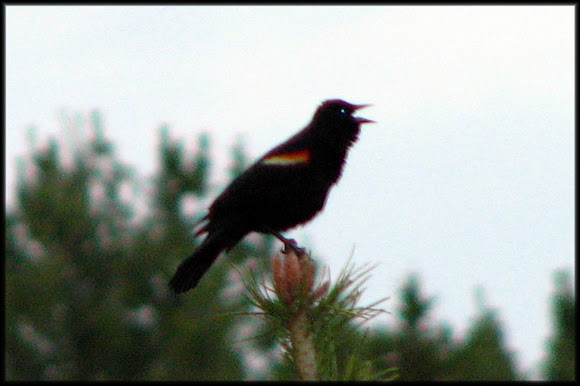 Marshes, swamps, fields Range: Late February- November (not that long here in Maine. I think they were gone by August here this year); all New England December- mid-february; some in Southern New England

The females I have found look a LOT like Sparrows. The markings on the female Red-wings are more defined, the tail longer and fan- like. They also have black legs. I wouldn't be surprised if some of my photos in my collection marked "Sparrow" are actually Female Red-wings. I enjoy visiting the pond when I walk in the City Forest and watching the males on their perches yelling at us, or just calling out (which is how I found the bird photographed here). The females blend in with the background more, so I don't have a lot of pix of them.