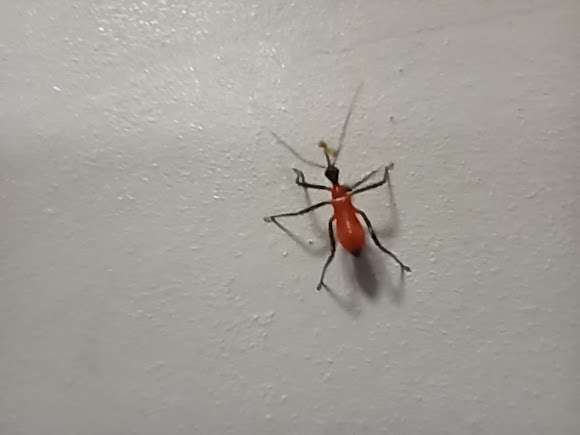 The Reduviidae are a large cosmopolitan family of the order Hemiptera (true bugs). Among the Hemiptera and together with the Nabidae almost all species are terrestrial ambush predators: most other predatory Hemiptera are aquatic. The main examples of nonpredatory Reduviidae are some blood-sucking ectoparasites in the subfamily Triatominae. Though spectacular exceptions are known, most members of the family are fairly easily recognizable; they have a relatively narrow neck, sturdy build, and formidable curved proboscis (sometimes called a rostrum). Large specimens should be handled with caution, if at all, because they sometimes defend themselves with a very painful stab from the proboscis.

I usually find these nymphs around the house, especially near ant trails

I usually find them hunting on pharaoh ants. I don't know the exact species of this assassin bug, so pleas help me ID it.