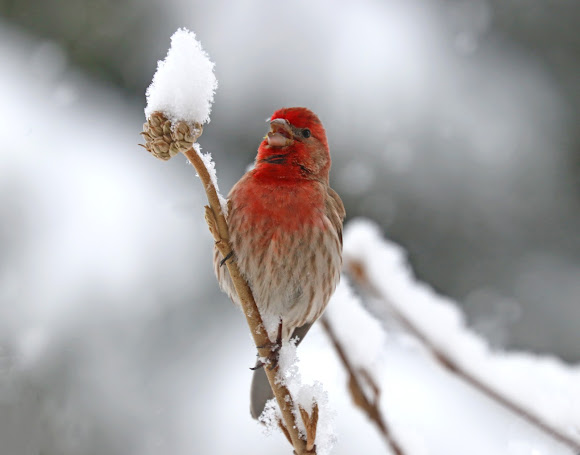 The snowstorm we had on this "spring" morning wasn't enough to dampen this handsome fella's spirits. He was up early, and not even the cold snow could hinder him from singing his morning song. Males have a red head and breast and a streaked, brown belly. The red coloring comes from pigments contained in its food during molt. So, the more pigment in the food, the redder the male. Females seem to prefer to mate with the reddest male they can find!

Several house finches live in my rural yard. They show up in the end of March each year and quickly pair up. This male already has a mate, and she was busy gathering nesting material (in the snow!) while he was singing and posing for me. I took these photos through a glass door so I didn't scare him away, but you can see (in the 3rd photo) that he's watching me.