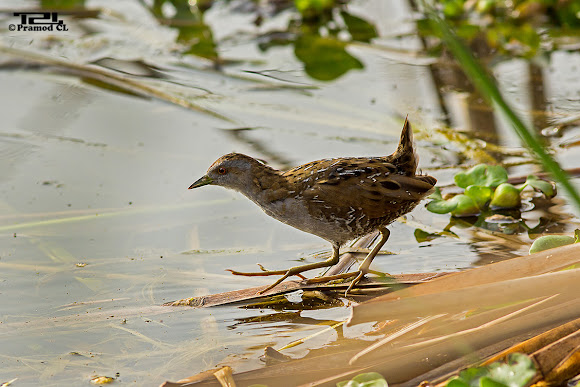 They are 16–18 cm in length, and are similar to the only slightly larger little crake. Baillon's crake has a short straight bill, yellow or green without a red base. Adults have mainly brown upperparts with some white markings, and a blue-grey face and underparts. The rear flanks are barred black and white. They have green legs with long toes, and a short tail which is barred underneath.

heir breeding habitat is sedge beds in Europe, mainly in the east, and across Asia. They used to breed in Great Britain up to the mid-19th century, but the western European population declined through drainage.