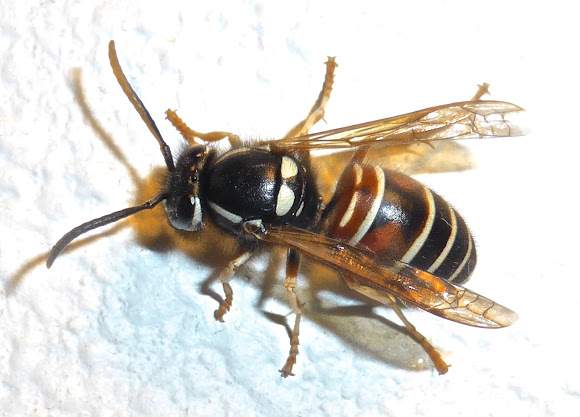 This is one of the least studied North American Wasps. A nest has never been reported, but I have found a large group of them before (http://www.projectnoah.org/spottings/166...) and will go back to look for a nest in the summer.

Found inside my bathroom. Residential area

Treated as a synonym of Vespula rufa until 2012, when it was confirmed as its own species.