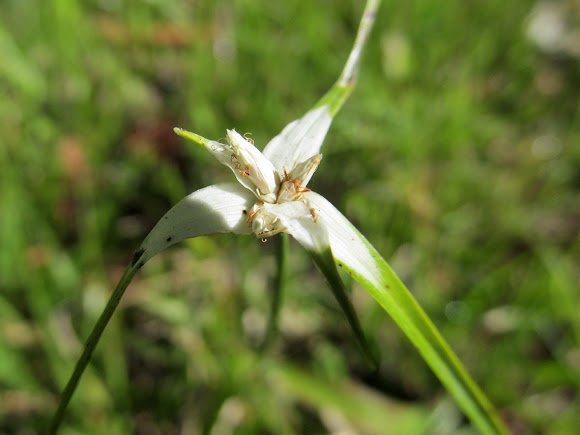 Not 100% sure of species; there are 2 listed in the Everglades National Park's Vascular Plants List: Dichromena* colorata and Dichromena floridensis. *(EOL and other sources use the Genus Rhynchospora instead of Dichromena as currently used). However, unscientifically, floridensis looks smaller than colorata as did the ones in my photos.