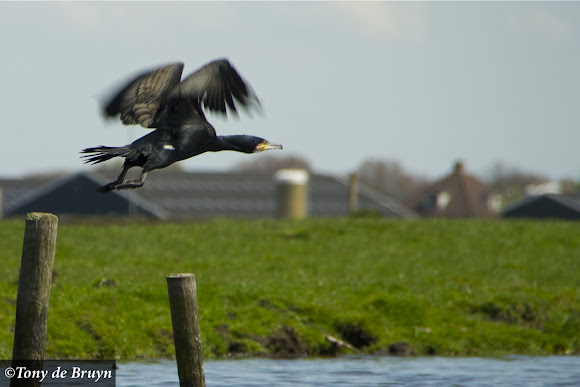 Many fishermen see in the Great Cormorant a competitor for fish. Because of this it was nearly hunted to extinction in the past. Thanks to conservation efforts its numbers increased. At the moment there are about 1.2 million birds in Europe (based on winter counts. Late summer counts would show higher numbers). Increasing populations have once again brought the cormorant into conflict with fisheries. For example, in Britain, where inland breeding was once uncommon, there are now increasing numbers of birds breeding inland, and many inland fish farms and fisheries now claim to be suffering high losses due to these birds. In the UK each year some licences are issued to shoot specified numbers of cormorants in order to help reduce predation, it is however still illegal to kill a bird without such a licence.

Thank you Claudia! I always love some action in a picture, it makes the photo come to life.