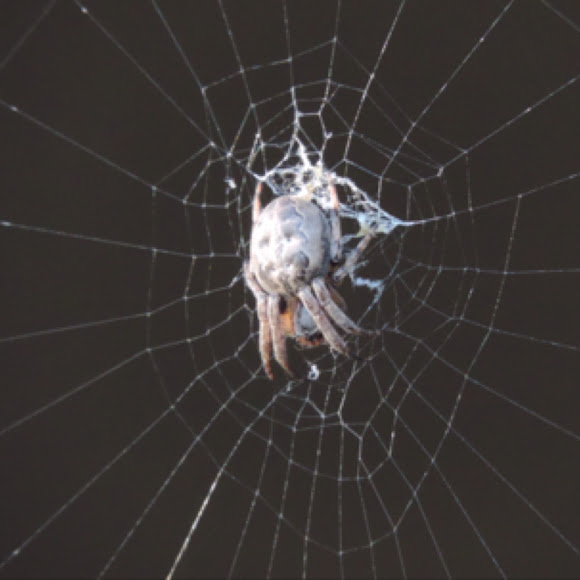 The Orb Weaver Larinioides cornutus, commonly called the furrow, or foliate spider, is very common on human structures, especially under eaves and porches. Unlike their larger sisters amongst the weeds, these beautiful little rascals are strictly nocturnal, hiding in crevices or in foliage retreats from dawn till dusk. Orb weavers comprise a huge family of spiders, with 3500 species worldwide, 180 of which call North America home. These spiders vary greatly in color, shape and size, measuring between 2 - 30mm (1/16 -- 1 1/4") long. They have eight eyes arranged in two horizontal rows of four eyes each. Orb weaver males are generally much smaller than the females and commonly lack the showy coloring of their fairer sex, but that is not so with this species: the males are only slightly smaller, and have an equally gaudily-decorated abdomen.

Deck off house in wooded back yard in wildlife habitat yard.