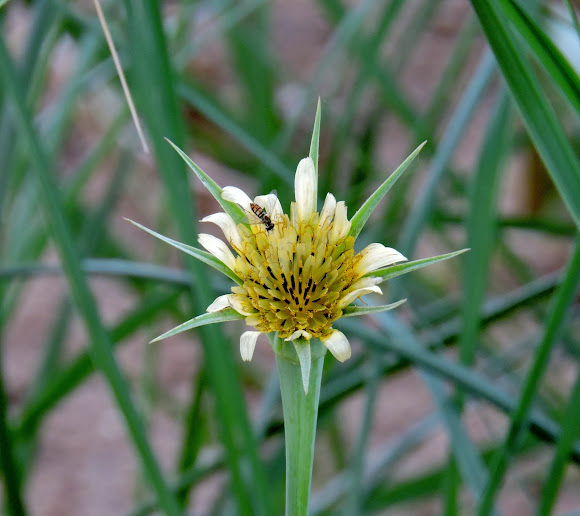 This yellow goat's beard at first glance looks kinda like a dandelion but it is not. It is a member of the daisy family and has been naturalized in the United States. It can grow to heights of between one and two feet, and has golden yellow flowers which bloom in June and July. The flowers open at dawn and close around noon, unless it is cloudy. The juice of the plant has been used for stomach upsets, and is said to be beneficial to the liver and gallbladder. The leaves, stems and flower petals can be used for various things also.

This plant has become widespread in North America and this spotting was in a meadow at Indiana Dunes State Park in Chesterton, Indiana.

Abraham Cowley, a 17th century English metaphysical poet (1618-1667) wrote these lines about the plant in one of his poems. “The goat’s beard, which each morn abroad doth peep But shuts its flowers at noon and goes to sleep.”