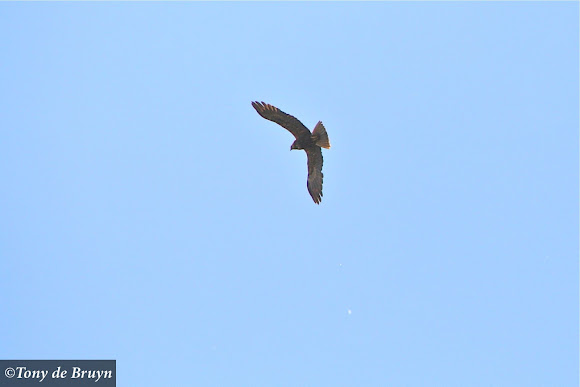 The female is almost entirely chocolate-brown. The top of the head, the throat and the shoulders have of a conspicuously lighter yellowish colour; this can be clearly delimited and very contrasting, or (particularly in worn plumage) be more washed-out, resembling the male's head colors. But the eye area of the female is always darker, making the light eye stand out, while the male's head is altogether not very contrastingly colored and the female lacks the grey wing-patch and tail. Juveniles are similar to females, but usually have less yellow, particularly on the shoulders.