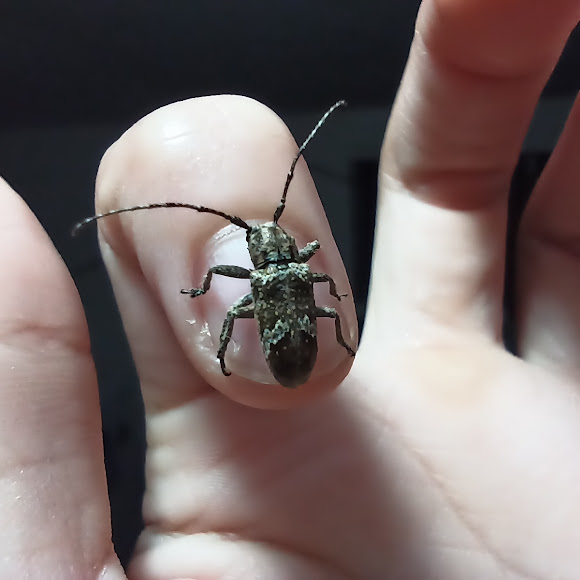 See in the photo, the beetle's body length (not including the antennae) is just as long as my nail which is 1 cm. The beetle mainly consists of shades of brown but the defining characteristic of its species is the symmetrical white splotch of pigmentation found on the middle of the back of its abdomen.

I found this beetle inside the kitchen, drawn by the lights.

I've seen this beetle like twice now, also Wikipedia says - "Lamia bankii Fabricius, 1775 was transferred to the genus, Prosoplus, in 1961 by Stephan von Breuning, and then to the genus, Rhytiphora, by Adam Slipinski and Hermes Escalona in 2013, a change not universally accepted."