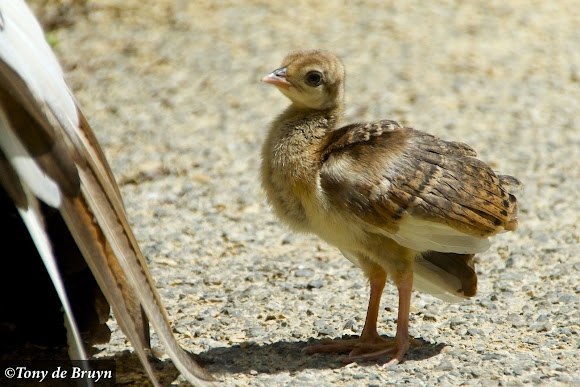 Nests are sometimes placed on buildings and in earlier times have been recorded using the disused nest platforms of the White-rumped Vultures. The clutch consists of 4-8 fawn to buff white eggs which are incubated only by the female. The eggs take about 28 days to hatch. The chicks are nidifugous and follow the mother around after hatching.[8] Downy young may sometimes climb on their mothers' back and the female may carry them in flight to a safe tree branch. An unusual instance of a male incubating a clutch of eggs has been reported. Pictures taken at Artis, zoo of Amsterdam.

It was! Thank you Sophie!

Thank you Braulio! It would be fun if the pictures change automatically every now and then ;)

The second photo was lovely!

He is, thank you Jereca! Unfortunately there was only one chick.

Adorable, they are one of my favourite birds. Lovely find! :-)