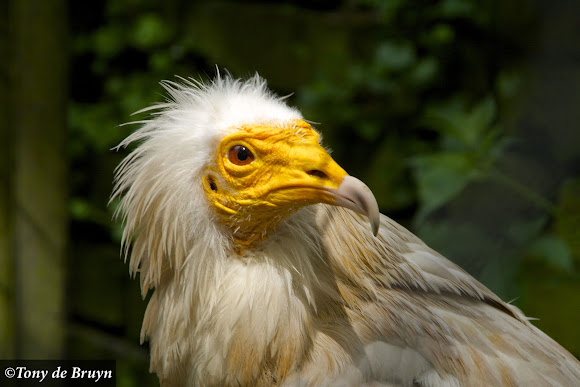 The nominate population, especially in Africa, is known for its use of stones as tools. When a large egg, such as that of an ostrich or bustard, is located, the bird walks up to it with a large pebble held in its bill and tosses the pebble by swinging the neck down over the egg. The operation is repeated until the egg cracks from the blows. They prefer using rounded pebbles to jagged rocks. This behaviour, first reported by Jane Goodall in 1966, has however not been recorded in N. p. ginginianus. Tests with both hand-reared and wild birds suggests that the behaviour is innate, not learnt by observing other birds, and displayed once they associate eggs with food and have access to pebbles. Another case of tool-use described from Bulgaria involves the use of a twig as a tool to roll up and gather strands of wool to use for lining the nest. Pictures taken at Artis, zoo of Amsterdam.

Thank you Chief, the face makes me think of a old movie (the dark crystal).

What an expressive face!