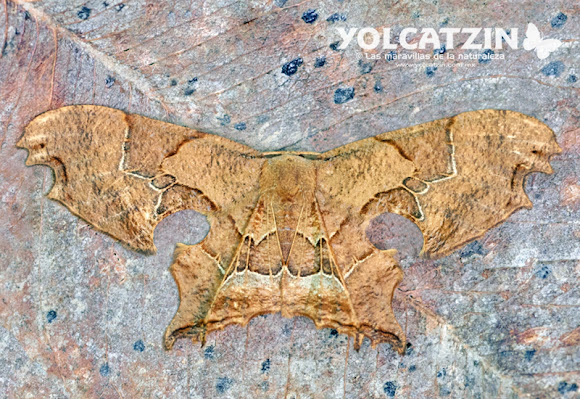 The Epipleminae or epiplemiine moths are a subfamily of the family of Lepidoptera Uraniidae. They are the group most diverse and widespread uraniid, are mainly along the Pantropical region; biology, Pantropical refers to a geographic occurrence. For a distribution of a taxon is pantropical, you must appear in tropical regions in all major continents, such as in Africa, Asia and America, and barely temperate regions. The Epipleminae moths are remarkable for their sexual dimorphism (variations in external appearance such as shape, color or size, between males and females of the same species) tympanic organ (organ of hearing in insects) that unlike any other lepidopteran in the details of their morphology. Some species are also very unusual to be able to roll up their wings in the form of rod, possibly as a way to crypsis, phenomenon by which an organism presents adaptations that make it go unnoticed to the senses of other animals. It is a different phenomenon of mimicry, but often are associated. No doubt this is a subfamily some surprising and peculiar moths.