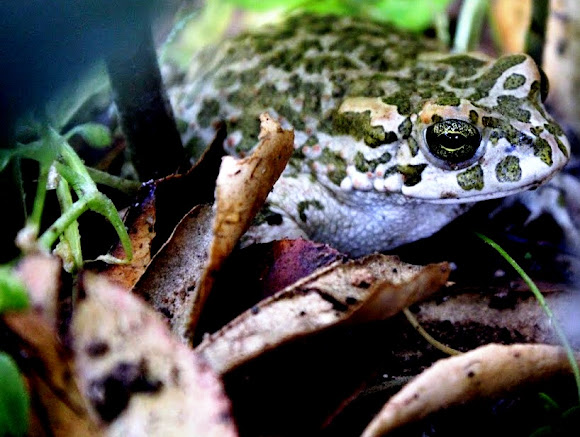 The European green toad (Bufotes viridis) is a species of toad found in steppes, mountainous areas, semi-deserts, urban areas and other habitats in mainland Europe, ranging from far eastern France and Denmark to the Balkans and Western Russia. As historically defined, the species ranged east through the Middle East and Central Asia to western China, Mongolia and northwestern India, and south through Italy and the Mediterranean islands to North Africa. Following genetic and morphological reviews, 14 population (all largely or entirely Asian, except for the African and Balearic green toads) are now regarded as separate species. These species and the European green toad are placed in their own genus Bufotes, but they were included in Bufo.